Currency Switcher for WooCommerce 1.6/2.0.x has been updated to version 3.0.2.140210-Beta. This update brings the following improvements and fixes:

Please note that compatibility with WooCommerce 2.1 is still in Beta and there may be issues to be addressed. We do not recommend using such version with the Currency Switcher on a live site.

The EU VAT Assistant for WooCommerce is still “alive and kicking”! 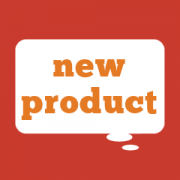